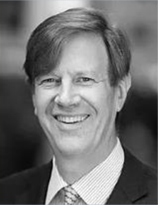 Mr. Hatfield has almost three decades of experience in the securities and investment industries. At ICA, he is the portfolio manager of InfraCap MLP ETF (NYSE: AMZA), InfraCap REIT Preferred ETF (NYSE: PFFR) and a series of hedge funds. He leads the investment team and directs the company’s business development.

During his career, Mr. Hatfield has gained a broad perspective on the U.S. financial markets with years as an investment banker, a research director and portfolio manager and as a co-founder of a NYSE-listed company. Mr. Hatfield’s career is focused on companies that own real or hard assets, like energy, infrastructure and real estate.

Prior to forming ICA, he partnered with senior energy industry executives to acquire several midstream MLPs. These companies were merged to form a company now known as NGL Energy Partners, LP (NYSE: NGL). NGL was an IPO in May 2011. He is a general partner of the publicly-traded company.

In the years prior to forming NGL, Mr. Hatfield was a portfolio manager at SAC Capital (now Point72 Asset Management), running a portfolio focused on income securities. He joined SAC from Zimmer Lucas Partners, a hedge fund focused on energy and utility sectors, where he was head of research. Earlier in his career, he was the head of an investment banking unit at CIBC/Oppenheimer and a Principal in an investment banking unit at Morgan Stanley & Co. He began his career as a CPA at Ernst & Young. He holds an MBA from the Wharton School at the University of Pennsylvania and a BS from the University of California at Davis. 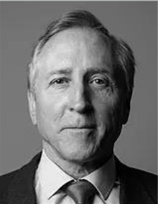 Mr. Ryan has more than thirty years of experience in the investment management business. During the majority of that time, he was an analyst and portfolio manager. At ICA, he is involved in all aspects of the company’s business, including investments, finance, compliance and marketing. He plays a key role in structuring and launching new funds.

During his career, Mr. Ryan helped launch several asset management businesses. Prior to forming ICA, he was the founder and managing partner of Mansion Partners, LP, a private investment partnership focused on value stocks and special situations. He was also engaged in venture capital projects in the financial technology sector.

Early in his career, he was a research analyst/portfolio manager at Ansbacher (Dublin) Asset Management, Ltd. There he was active in global equity and fixed income markets. He began his career at J. Rothschild Capital Management Corp., a unit of RIT Capital Partners, where he was a member of the team that launched the U.S. operation. There he evaluated U.S. investment opportunities and managed corporate financial functions. He holds an MBA from Columbia University Graduate School of Business and a BA from Saint John’s University (MN).